Your journey to mindfulness starts here

“We can learn to share. We can learn to be kind. We can access our own deep wisdom and reclaim our wellbeing. We can stand strong in the face of uncertainty and meet chaos with our feet on the ground. Awake. Aware. Alive in life.”
– Jayne Gumpel, Co-founder, Access Mindfulness

We envision a peaceful, kind and collaborative world where people live without fear, social injustice and violence. But it’s more than a vision. At Access Mindfulness, we know it can be a reality. We’ve seen the extensive research, and we know from personal experience that the practice of mindful awareness can unlock everyone’s innate ability to access their own humanity, to cultivate compassion and generosity towards themselves and others.

We’ve seen how it can ease a host of mental, emotional and physical ailments and enable a happier, healthier, more fulfilled life. We know the practice of mindfulness can change the world.

But first, everyone needs access to it. Not just those who can afford it, or whose companies pay for it. Everyone. Our vision is to help make the transformative power of mindful awareness accessible to all.

Mindful awareness is within each of us, and our mission is to bring these practices to any child, adult or non-profit organization that calls upon us to do so. Offerings are free of charge, sliding scale or donation based. We are especially committed to serving under-resourced communities in the New York City area.

We are also committed to building a community of mentors and professionals to help us fulfill this mission.  We have a deep, personal commitment to the daily practice of mindfulness and believe that these practices are the greatest gift we can give ourselves, our employees, our children, and ultimately, the world.

By now you’ve probably heard something about mindfulness – maybe on TV or in a magazine — because more and more people, in all walks of life, are discovering the enormous benefits a simple mindfulness practice can bring. But here are some basic things to know:

See what the experts are saying

We are a highly trained, mostly volunteer organization of teachers, business owners, social workers, artists, students and meditation instructors who are personally committed to the practice of mindfulness. We are dedicated to the mission of bringing kindness, compassion, resilience and joy to learning and to the way we experience our lives and the world. 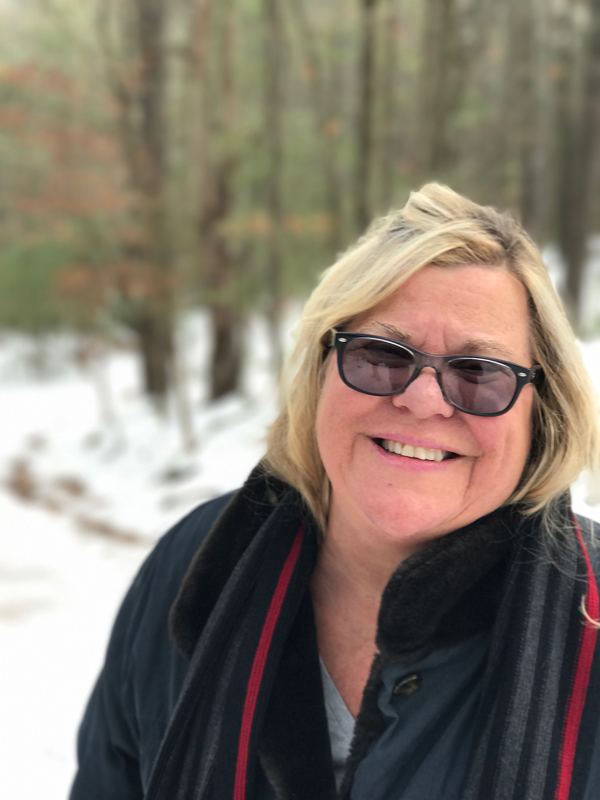 Whenever I’ve asked myself what I want to do with my time here on earth, the answer has always been the same: share my mindfulness practice with individuals, groups and organizations, especially under-resourced and challenged organizations who serve our youth, elderly and disenfranchised.

I am passionate and determined to offer the means and ways to cultivate kindness, compassion, resilience, sharing and equity among ourselves and within organizations. With the capacity to self-regulate and recognize the innate wisdom inherent in our humanness, we can manifest a peaceful and self-aware world where differences and diversity are celebrated and respected. A society that is committed to listen and act with integrity and justice will prepare our youth to live in peace in an ever-changing and uncertain world. Creating Access Mindfulness (and co-creating MindfulHarlem) is a result of my passion and determination. I am a volunteer and offer my services for no fee.

In private practice, I am a psychotherapist and (international) executive coach. I teach MBSR to clients all across the globe. I have many credentials and formal training, but the most important and profound learning has come through my practice, my students, clients and colleagues, and from my two beautiful sons who bring joy to my life everyday. 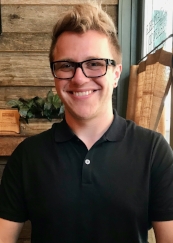 David Gumpel is the co-founder of Access Mindfulness. He is an Integral Master Coach and a qualified teacher of Mindfulness-Based Stress Reduction (MBSR) through UMASS Medical School, as well as a research assistant for the MAPS sponsored MDMA-Assisted Psychotherapy for the treatment of post-traumatic stress study in NYC. He also is a site coordinator for the New York Psychiatric Institute’s Cognitive Behavioral Therapy Lab at Columbia University.

As a coach, David works with individuals and groups using a mindfulness-based coaching philosophy. He also works with groups to help individuals integrate mindfulness into workplace settings. Find him also online at ebcpathways.com.

“My coaching practice allows me to stay connected to my heart. To be of service to others and help them continue to grow past their edges. My personal goal is to walk a path of fearlessness and joy on the path towards self-discovery and self-improvement. Mindful awareness lights the way. I want everyone to have access to that light.” 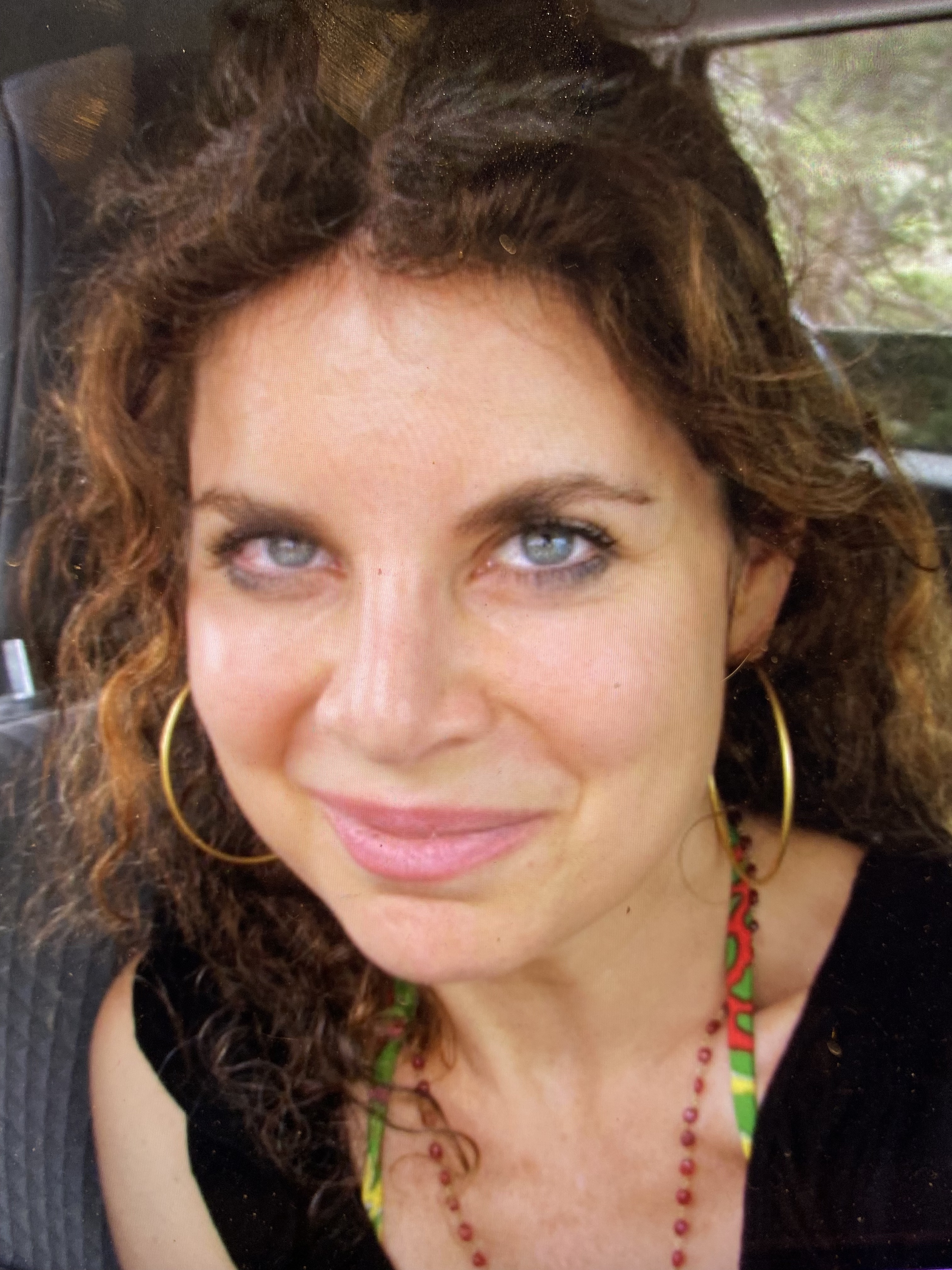 Shoshana is a grateful Master Practitioner, advisor, and lead trainer at Narrative 4, a global organization driven by artists, educators, and students who engage in story exchange for the purpose of cultivating deep listening, empathy, compassionate action, social equity, and building bridges for authentic connection. Shoshana holds a BA in psychology and religion from Bard College, and an MFA in fiction writing from Columbia University. Shoshana co-produced several documentary films, and in 2002 directed her documentary "Down To Earth", which won several awards, including the winner of the Best Documentary at EcoCinema International Film Festival in 2002.

Shoshana completed the MMTCP Mindfulness Training through The Greater Good Science Center at the University Of California at Berkeley, The Lineage Project Trauma Training, Google's Search Inside Yourself Training, and the Access Mindfulness Mentor Program. A certified kundalini yoga teacher, Shoshana taught yoga and mindfulness through the non-profit Kula For Karma at Weill Cornell Hospital, Bellevue Hospital, and the Doe Fund's Ready Willing and Able Program, as well as at elementary schools, middle schools, and high schools throughout Brooklyn for the last 12 years. Shoshana also taught to adults and children at Golden Bridge Yoga in Soho where she led many mindfulness family and parenting classes and workshops. Shoshana co-facilitates the Brooklyn based, weekly-led, mindfulness Heart Root Sangha. 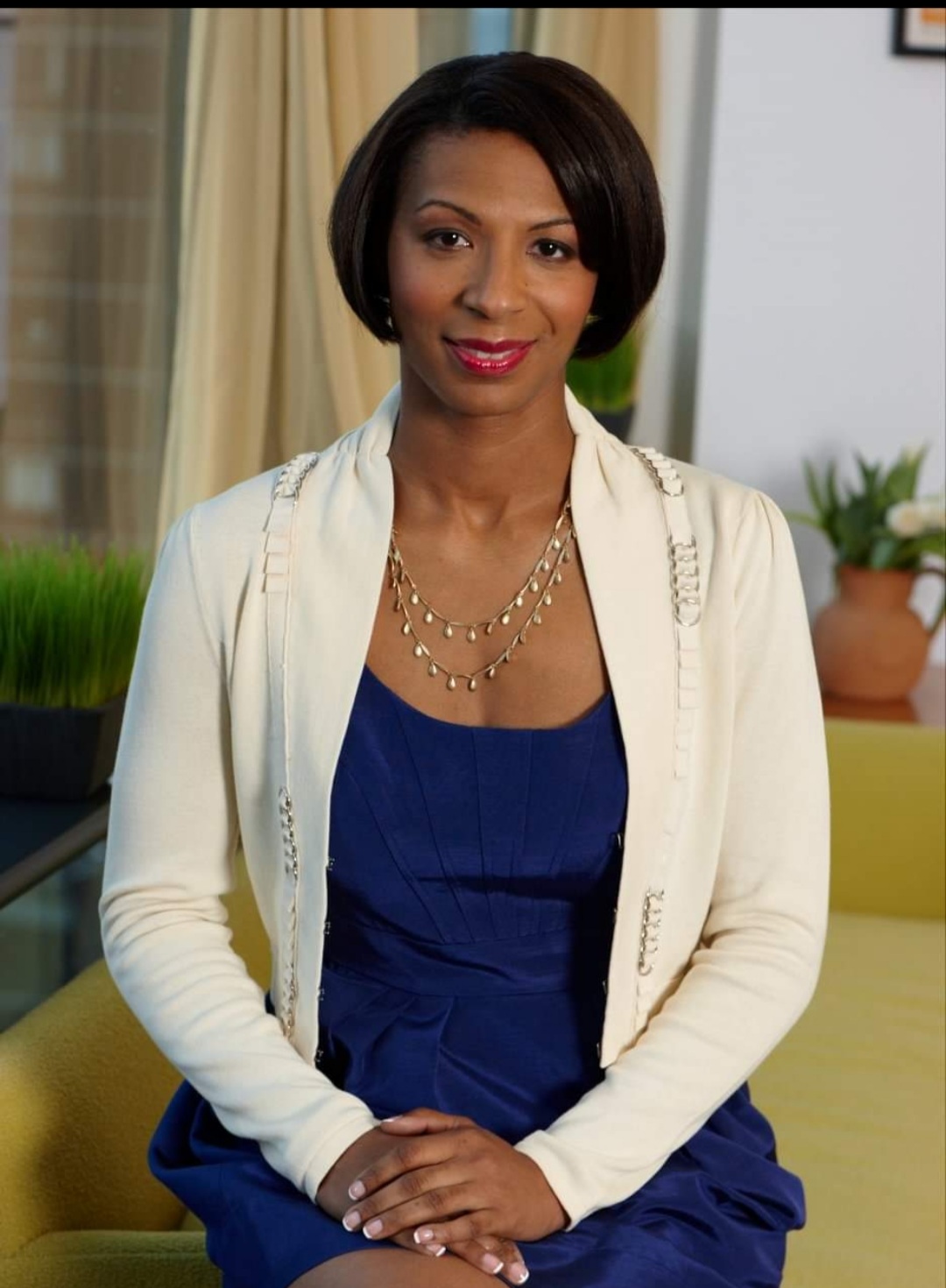 Tanika is Access Mindfulness’s new Managing Director.  She Holds a bachelor’s degree in Secondary Education English from SUNY Empire state college and a Master’s in Public Administration from Walden University.  She has over 28 years of experience working with at risk children and families from communities all over Suffolk and Nassau county.

Tanika over the past decade has worked as an Educational consultant creating professional development trainings and workshops for preschools and head start programs all over the United States as well literacy workshops for children and adults throughout Long island and Queens.   Tanika is a published author and was featured in O magazine for her community work with Every Child’s Dream foundation. 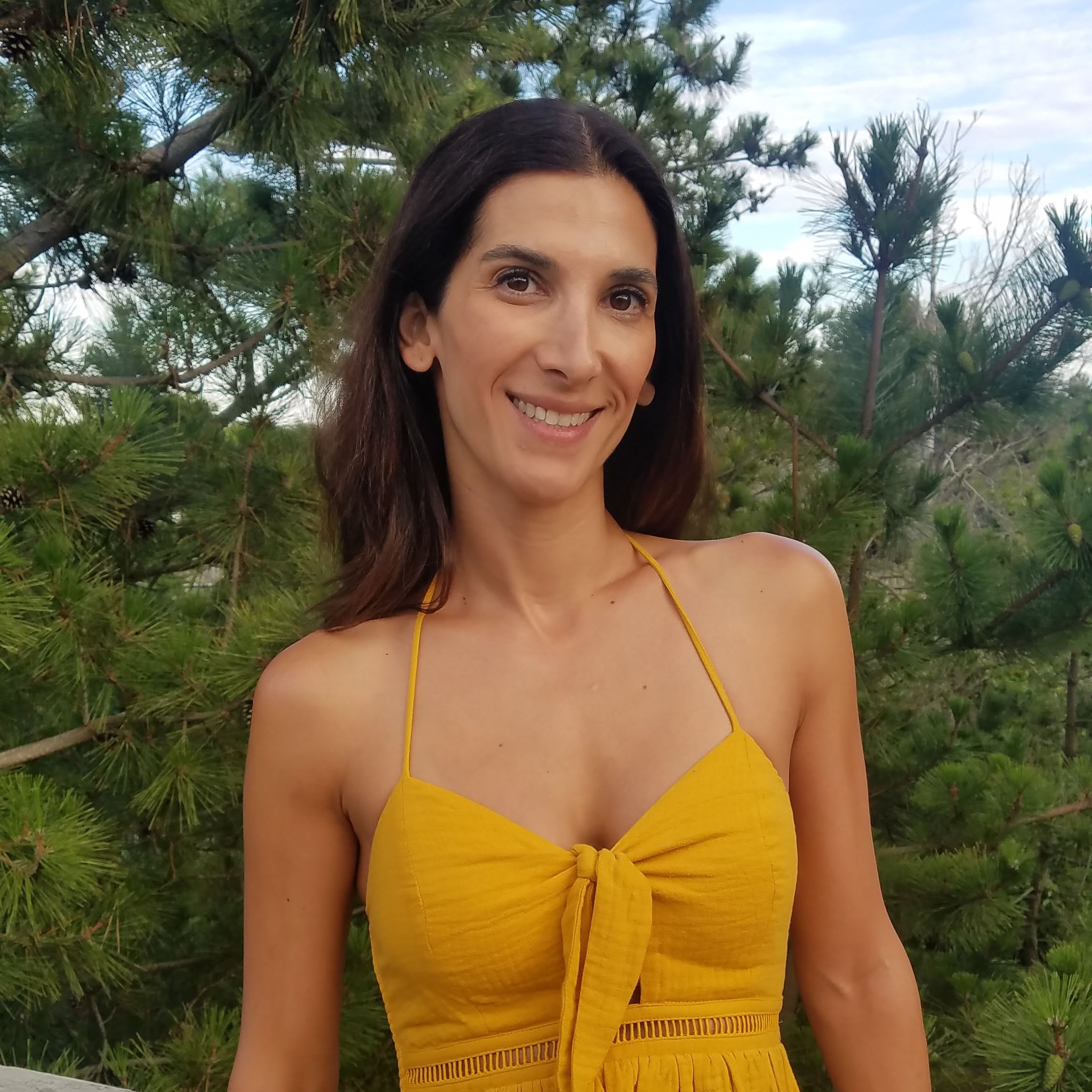 Diana serves as the Education Coordinator, managing the mindfulness training of our cohort of social work graduate students and nurturing our relastionships with schools and other communities interested in mindfulness education and interventions. She holds a LMSW from the NYU Silver School of Social Work, a MS from the Columbia University School of Journalism and a BA from Barnard College. Her career has spanned across broadcast news, writing, marketing, nonprofits and ed tech where she worked on human rights, women's rights, bullying prevention and more. She is trained in MBSR, as a Narrative4 Story Exchange facilitator, in the Inner Strength Foundation's Foundations for Mindfulness curriculum and the Peaceful Kids program. She has taught mindfulness at NYC schools and the Department for the Aging. In addition to mindfulness, her interests include utilizing plant medicines as therapeutic treatments, family systems, sexuality and oppressed populations. She is a native New Yorker and the mother of two boys who teach her something new every day. 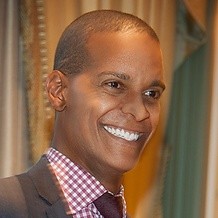 I have has been a practitioner of meditation, chanting  and yoga for 20 years.  My journey has cultivated a greater level of personal mindfulness and a desire to share the benefits of such a practice with others.  Access Mindfulness offers the perfect synergy in it’s mission to bring mindfulness to youth and the educational institutions that nurture their development.   I believe Access Mindfulness offers a platform that emphasizes compassion for oneself as a tool to offer compassion, understanding and present living to others.  Grateful to be part of a team grounded in developing better human beings. 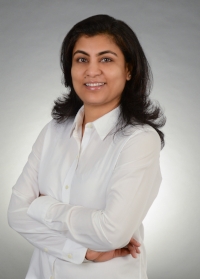 Shampa is a financial analyst most recently at Clovis Capital, an equity focused hedge fund managing investments for institutional as well as high net worth clients. Prior to joining Clovis in July 2008, she was a senior analyst at Perry Capital, a New York based large multi-strategy hedge fund, from 2002-2007. Through her career she has focused on analyzing and making public equity investments within the financials sector, along with some private equity and credit investments. Prior to attending business school, she worked in India from 1996-2000 with two large corporations there, DLF Universal, Ltd. and ITC Ltd. She did her MBA from the University of Wisconsin-Madison in addition to a prior Master's and Bachelor's degree in India, and also earned the CFA professional designation. Shampa has been involved with non-profits throughout her working life and has a special commitment to learning and practicing Indian classical music. 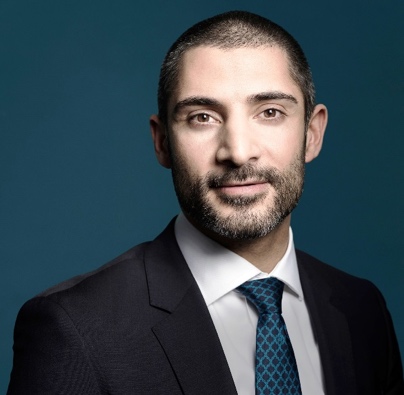 Parham is the Global Director Product Management for Autonomous Driving at APTIV, based in Germany. Prior to being appointed to this role he was the Business Unit Director of L3/L4 Automated Driving software development. Parham’s background is computer science and technology, which he studied in Hamburg (Germany), where he also grew up. Prior to joining APTIV he has been part of the senior leadership team at Jaguar Land Rover responsible for the development and delivery of Assisted and Automated Driving features. Before joining the automotive industry he worked at Airbus in the U.K. and Germany; as well as a management consultant in Switzerland. In addition, he is an Advisory Board Member to the United Nations (UN) on technology and innovation. He was the former Chair of the workplace charter of the U.K. Government on Mindfulness in the Private Sector. 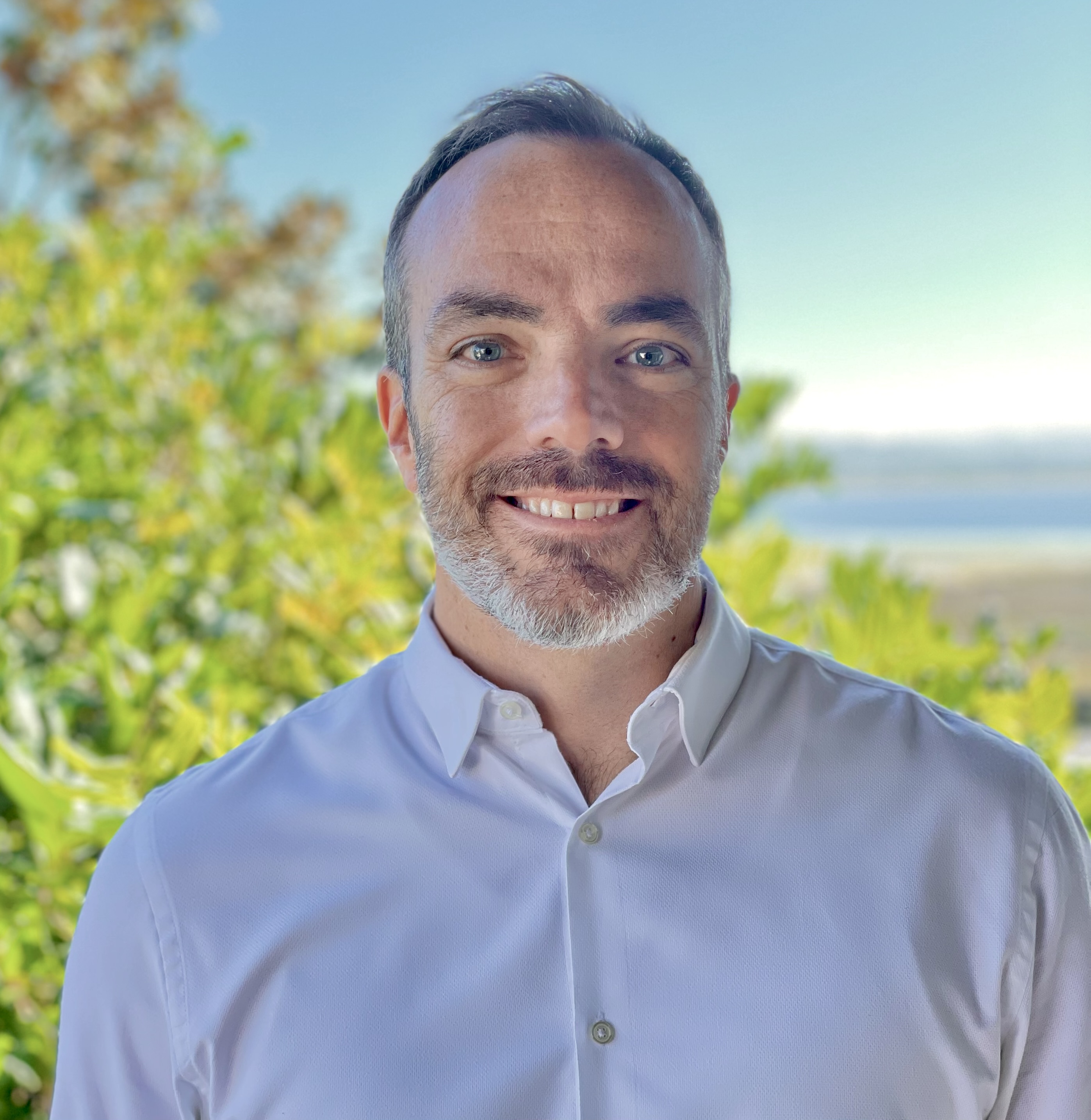 An accomplished finance executive with over 20 years serving Fortune 500 companies in the retail, energy, and CPG sectors, Michael brings a wealth of experience in building, developing, and leading teams that craft highly sophisticated budgets, forecasts, variance and cost-benefit analyses, predictive and pro forma models, and ad hoc analyses centered on maximizing profit and informing strategic growth initiatives. But his most rewarding work has come through connecting with individuals to bring out their full potential, and in doing so, his cohesive and productive teams have been consistently ranked as the best to work for in his company’s market.

Backed by an MBA from Cornell University and a Bachelor’s Degree in Finance from the Pennsylvania State University, Michael is driven to join the board of Access Mindfulness because of his desire to connect with people and help the organization fulfill its mission of bringing mindfulness to underserved schools with the hopes of bringing out the best in teachers, staff, and most of all, students.

Register now for upcoming events in your area.